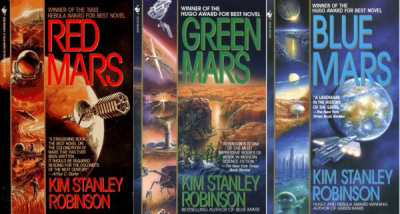 Science fiction is a difficult genre to get right. Bad scifi frequently fills bookshelves and movie theaters: predictable dystopian stories with a “chosen one” protagonist (e.g. Divergent, The Maze Runner, Jupiter Ascending), or scifi premises shoehorned into action/horror movies with unsatisfactory endings and better special effects than acting (e.g. Sunshine, In Time). Since the in-universe science drives their plots, these stories can rapidly feel dated as real-life technological progress obviates the speculative inventions of yesteryear.

One approach to avoiding these issues is brevity. Timeless short stories like The Last Question and Nightfall by Isaac Asmiov, The Ten Billion Names of God by Arthur C. Clarke, Harrison Bergeron by Kurt Vonnegut, and We Can Remember It For You Wholesale (on which Total Recall is based) by Philip K. Dick explore how individual scientific advances affect society and the characters. Other technologies play unimportant parts in the overall story, avoiding the deus ex machina tropes of more expansive speculative futures.

Hard science fiction adopts a different approach. Instead of relying on brevity, hard science stands on realism. Gone are unexplained warp drives and magic laser blasters; hard science fiction limits itself to technologies that could have believably evolved from present day, and explains how they work. The Mars trilogy by Kim Stanley Robinson represents a tremendous achievement in this subgenre, exploring the speculative terraforming and colonization of the fourth planet by the “First Hundred” human colonists and their descendants.

Much of the first novel Red Mars revolves around the “Russell-Clayborne” debates on the fate of the planet. On one side is the physicist Saxifrage “Sax” Russell, whose “Green” position advocates for immediate and rapid terraforming of the planet to make it more suitable for human occupation. On the other side is the stern geologist Ann Clayborne, whose “Red” stance firmly believes the planet should be preserved in an undisturbed state. The confrontation between Russell and Clayborne in Red Mars is gripping, and resembles the high-stakes diplomatic debates of international politics today. Russell’s metaphysical argument is particularly convincing:

The beauty of Mars exists in the human mind. Without the human presence it is just a collection of atoms, no different than any other random speck of matter in the universe. It’s we who understand it, and we who give it meaning. […] The lack of life here, and the lack of any finding in fifty years of the SETI program, indicates that life is rare, and intelligent life even rarer. And yet the whole meaning of the universe, its beauty, is contained in the consciousness of intelligent life. We are the consciousness of the universe, and our job is to spread that around, to go look at things, to live everywhere we can. […] If there are lakes, or forests, or glaciers, how does that diminish Mars’s beauty? I don’t think it does. I think it only enhances it. It adds life, the most beautiful system of all.

The Russell-Clayborne debates also resemble the early 1900s debates between Gifford Pinchot and John Muir over the purpose of the US National Parks. Muir, like Ann Clayborne, favored complete preservation of the environment; Pinchot, like Sax Russel, advocated a more utilitarian approach to provide “the greatest good for the greatest number for the longest time.” Fast forward to the present day, and NASA follows strict policies about planetary protection to avoid contaminating Mars and other destinations with terrestrial bacteria. But how these policies will play out when people begin settling Mars is up for debate. I predict that the future equivalent of UNOMA eventually sides with Russell/Pinchot in a sort of interplanetary manifest destiny. Personally, I support such a stance for the admittedly anthropocentrist reasons Sax described in his speech: “We are the consciousness of the universe, and our job is to spread that around, to go look at things, to live everywhere we can.”

Even so, Clayborne’s rebuttal about the preexisting beauty of Mars is compelling in light of the tremendously detailed descriptions of the landscape. Readers unfamiliar with basic geology may struggle through Robinson’s dense passages that feature vocabulary like thermokarsts, cirques, moraines, lithosphere, regolith, planetesimals, and escarpments. But the extraordinarily well-researched geological (or “areological”) context of the entire Mars trilogy adds a romantic richness straight out of a Bierstadt painting:

…he drove into the huge sink of Candor Chasma, and now it was as if he were in a gigantic replica of the Painted Desert, with great deposition layers everywhere, bands of purple and yellow sediment, orange dunes, red erratics, pink sands, indigo gullies— truly a fantastic, extravagant landscape, disorienting to the eye because all the wild colors made it hard to figure out what was what, and how big it was, and how far away. Giant plateaus that seemed about to block his way would turn out to be curving strata on a distant cliff; small boulders next to the transponders would turn out to be enormous mesas half a day’s drive away. And in the sunset light all the colors blazed, the whole Martian spectrum revealed and blazing as if color was bursting out of the rock, everything from pale yellow to dark bruised purple.

The most dramatic and tragically vivid passage describes the fall of the space elevator. After rebels sabotage the asteroid-turned-counterweight at the end of the cable-like elevator, the superstructure becomes unstable and begins to fall. The cable is so long that it circles the planet one and a half times, wreaking unimaginable destruction as it impacts the surface:

The cable was now exploding on impact, they reported, and sending sheets of molten ejecta into the sky, lava-esque fireworks that arced up into their dawn twilight. […] a blazing curved line, cutting down like the edge of a white scythe that was trying to chop the planet in two, […] no one close enough actually to see the cable hit survived it, and most of the drone cameras had been smashed as well. For the final thousands of kilometers of the fall, there were no witnesses.

Back on Earth, massive trans-national corporations known as “transnats” exercise greater influence over governments and society. The transnats seek to exploit rich mineral deposits on Mars, while Frank Chalmers, the diplomatic dealmaker of the First Hundred, attempts to corral them through various treaties and agreements. The Mars trilogy’s predictions about the growing power of corporations is even more topical in 2014 than it was in in the early 1990s with the advent of corporate personhood, the political influence of super-PACs, and the response by the Occupy movement. Despite Chalmers’ efforts, the transnats continue growing, replacing entire governments as meta-national corporations or “metanats” until the sudden disintegration of the West Antarctic Ice Sheet forces them to come together to prevent societal collapse.

The depiction of American and former Soviet characters coming together in the First Hundred does feel dated. It’s not surprising that stories written during or shortly after the Cold War prominently predict unity between Americans and Soviets (e.g. 2001: A Space Odyssey and Carl Sagan’s Contact). But if the trilogy were written today, Chinese and Indian characters would doubtless have larger role considering their growing economic prowess. In an odd way, hard science fiction reflects current geopolitics through the nationalities and affiliations of the characters.

The most frequent criticism of Red Mars and the entire Mars trilogy revolve around the characters: critics bemoan the dull, irritating, and otherwise uninteresting points-of-view. Robinson took a gamble telling the story from the perspectives of an ensemble of disparate characters without a clear single protagonist. While I enjoyed some points of view, the gamble did not pay off for others: the love triangle between John, Frank, and Maya was tiresome, while Maya’s bipolar personality and Michel’s depression contributed little to the story. Even the more interesting characters among the First Hundred like Sax, Ann, Nadia, and Arkady lack the drive and heroism commonly found in space westerns and action-adventure fiction.

But perhaps the “boring” personalities and non-archetypical narrative of the characters are the ultimate testament to hard science fiction. Will the settlers of Mars in real life be heroic, larger-than-life figures? No—they will be regular people, each with their own flaws and idiosyncrasies. Will all of the main characters come together to create a utopian society and live happily ever after? No—they will be assassinated by a former friend (John), killed during an uprising (Arkady), or swept away in a flood (Frank). The only sequence vaguely resembling a typical action sequence is the dramatic rescue of Sax from imprisonment and torture in Green Mars: the resolve to rescue a friend, hatching a plan (induce a massive katabatic windstorm), the rescue itself, and the cold-blooded revenge murder of the captor.

Some science fiction narratives that span hundreds of years, such as Asimov’s Foundation, tell each chapter of the story from the perspective of the following generation. In the Mars trilogy, the characters live well into their hundreds thanks to the gerontological treatment developed by Vlad during Red Mars. At first glance, the miraculous discovery of the Fountain of Youth sounds out of place in a hard science fiction novel. Critics might cite this as a contrived plot device to keep the main point-of-view characters alive through the third book. I would agree if it were not for the in-depth exploration of the biological, economic, political, and spiritual ramifications of the discovery throughout Green Mars and Blue Mars. The hyper-Malthusian scenario that results from widespread distribution of the treatment becomes a central plot point in the revised Earth-Mars treaties hammered out between the metanats and the surviving First Hundred. Similarly, Sax changes the focus of his research late in Blue Mars to reversing the long-term psychological and neurological damage of extended life through a “memory treatment” that rejuvenates the mind and soul.

By the end of the trilogy, humanity has colonies across the solar system and begins launching the first interstellar spaceships. This utopian diaspora, which Robinson dubs the “accelerando,” is the most speculative portion of the books—unsurprising given it is farthest from present day in terms of time and technology. Indeed, hard science fiction becomes softer as more time passes and the story is built on the foundation of other fictional events.

The Mars trilogy is an immense achievement, and a paragon of hard science fiction. Robinson’s excruciatingly well-researched details of Martian geology and possible terraforming methods add a tremendous level of realism to a genre dominated by tropes and homages. Some patience is required to outlast occasional mundane passages and flat characters, but the destination is worth the effort. The Mars trilogy is a believable and fascinating future history that will be enjoyed by anyone excited by the prospect of space travel.